Home / Uncategorized / The Night We Called It A Day
|  No Comments 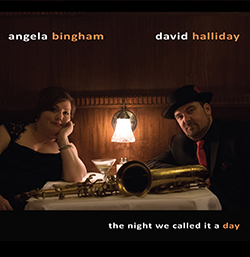 We just mastered the latest album, “The Night We Called It A Day”, from jazz singer Angela Bingham.  It’s a straight-ahead jazz album of mostly ballads and blues, with a fantastic band featuring Kenji Aihara on guitar, Denson Angulo on bass and Jesse Quebbeman-Turley on drums. It was recorded one night in Salt Lake City, live in the studio by Michael Greene. It’s the kind of record you will want to dim the lights, pour a scotch, and get cozy for some mellow listening.

Copyright © 2020 The Bit Farm - All Rights Reserved.
Design by Some Humanoid